[12 February 2019] — With the development potential of renewable energy, coupled with the Government’s preferential policies, Việt Nam has drawn the attention of both domestic and foreign investors in the clean energy field, which is expected to grow quickly in the coming years.

According to the national electricity development master plan for 2011-20, Việt Nam will speed up the production of electricity from renewable sources and reduce the proportion of hydropower projects as part of an effort to ensure the security of the nation’s energy supplies and reduce negative environmental impacts.

The country has targeted producing 1,700MW of electricity from wind and solar by 2020. 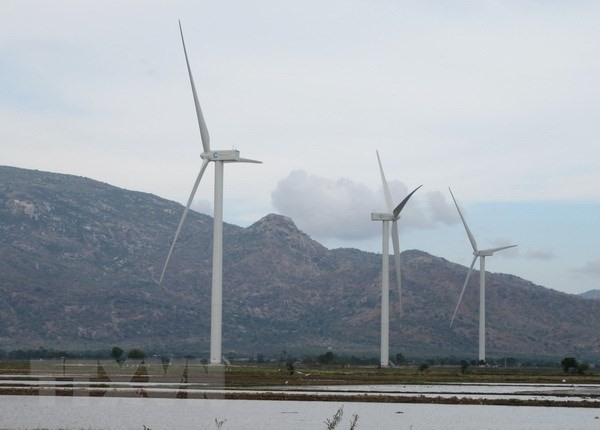 The Việt Nam Economic Forum 2019, held in mid-January in Hà Nội, stressed the importance of developing renewable energy as major fossil fuel energy sources such as coal, oil and natural gas are on the decline. The country has had to import primary energy sources to produce electricity.

Many US businesses wanted to invest in petrochemical gas and renewable energy, and in upgrading energy security infrastructure in Việt Nam, he said.

The Ministry of Industry and Trade said the number of registered solar power projects in Việt Nam would reach 332 with a total capacity of 26,000MW by 2030.

Speaking at a conference on solar power in HCM City last December, Đặng Nguyên Phương of the Southern Power Corporation said the Government has policies to encourage investment in wind, solar and biomass.

Việt Nam has great potential for solar energy development, and the cost of technology and equipment is falling sharply, he said.

Many localities recorded a wave of investment from both domestic and international investors in clean energy projects.

The first phase of the investment will cost about $650 million and consist of three near-shore farms in the southern region of Việt Nam. They will be a 142MW farm in Bạc Liêu Province, a 98MW one in Sóc Trăng Province and 100MW in Cà Mau Province. The second phase (360MW) will be built in the same three provinces.

The construction of these projects has already begun and the sites should be operational by 2020.

The Thiên Tân Group planned to invest $2 billion to build five solar power projects in Ninh Thuận Province by 2020. The group is also seeking to develop 20 large-scale solar plants in northern provinces by 2020.

The group planned to develop the largest clean energy farm in Việt Nam in Ninh Thuận Province with a total capacity of 300MW by the first quarter of 2019, with a target of producing 1,000MW of clean energy by 2025.

In January of this year, construction on two solar power plants kicked off in the central coastal province of Phú Yên. Each plant has a designed capacity of more than 49.6MW and electricity production of about 76.2 million kWh per year.

However, investment in renewable energy still faces challenges such as higher costs, complicated technology and legal bottlenecks, according to energy experts who have pushed for measures to deal with these issues. — VNS