Economy in first half of 2018: Fueled by big projects

[12 August 2018] - Some major projects boosting their operations have contributed to the Vietnamese economy’s seven-month industrial growth, which is expected to continue its uptrend until the end of the year. State-run PetroVietnam’s Binh Son Refining and Petrochemical JSC (BSR), which operates the country’s first operating oil refinery Dung Quat in the central province of Quang Ngai, last week reported that in first seven months of 2018, its output reached 4.14 million tonnes, hitting 66 per cent of the whole year’s plan.

In another case, the Nghi Son Refinery and Petrochemical Plant (NSRP) in the central province of Thanh Hoa has, over the past few months, been in a commissioning stage, with most of its units achieving 50 per cent of their designed capacity. 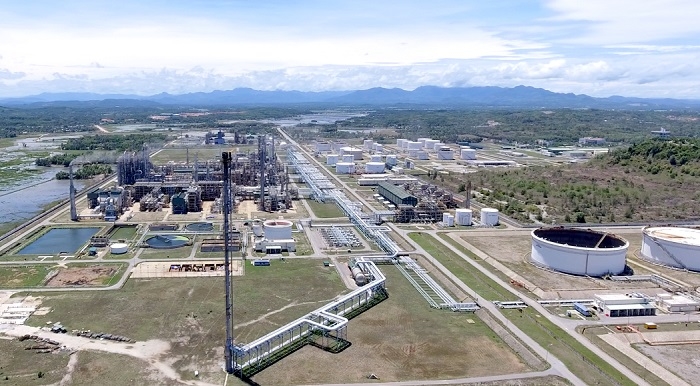 “As planned, the complex will increase its commissioning capacity to 75 per cent in early August, and to 100 per cent in early September,” said an NSRP bulletin released last week. “The factory will officially begin its commercial operation in November. It is expected that in 2018, NSRP will import six million tonnes of crude oil, and produce and market four million tonnes of products.”

In the first seven months of this year, NSRP contributed to a 28 per cent increase in the industrial production of Thanh Hoa.

According to the General Statistics Office (GSO), BSR and NSRP have significantly contributed to a big rise in the Vietnamese economy’s manufacturing and processing sector, which holds 80 per cent of the country’s industrial growth, during the first seven months. As a result, in this period, the index for industrial production rose by 10.9 per cent, also the highest seven-month rise since 2011.

According to the Ministry of Planning and Investment (MPI), since 2017, some other big projects have commenced operation, including projects backed by South Korea’s Samsung and Taiwan’s Formosa. Formosa put its second furnace into operation, with an annual capacity of 3.8 million tonnes of steel, and Samsung launched its new products, the Galaxy S9 and S9 Plus.

Between January and July, Formosa contributed to a 149.3 per cent rise in the industrial production of the central province of Ha Tinh, where its facility is located.

Minister of Planning and Investment Nguyen Chi Dung expressed his hope that in the second half of 2018, a number of new major projects will come into operation, which will serve as a new driving force for the economy to grow further, and especially to contribute to helping the economy reach its growth target of 6.7 per cent this year. “Local production will surge strongly this year if big industrial projects such as the NSRP come into commercial operation, greatly contributing to the country’s economic growth,” Minister Dung said.

It is expected that Hoa Phat Group will put a new steel manufacturing facility into operation in August, with an expected output of 200,000 tonnes per year, while Hoa Sen Group will also likely put its new steel sheet manufacturing facility into operation, with an annual capacity of 350,000 tonnes. The GSO also reported that in the first seven months of this year, many key industrial products saw high on-year growth, including steel (41.1 per cent), cloth (19.1 per cent), sugar (18.9 per cent), and animal feed (18.5 per cent), and electricity (10.7 per cent)  - VIR.