[04 August 2021] — While Vietnam’s strategy to cope with the global health crisis has protected the lives of most, bringing the economy back on track remains a challenging task.

Although the macroeconomy remains stable and inflation is under control, the National Assembly last week had to recognise that GDP growth of 5.64 per cent in the first six months of 2021 has not met the set target.

The disbursement of public investment capital remained slow, and overseas investment attraction decreased. Generally, such activities are still facing many difficulties, with the number of enterprises withdrawing from the market increasing by 25.5 per cent in the first seven months of 2021. Meanwhile, the unemployment rate has increased and people’s lives remain challenging amid widely implemented lockdowns across the nation. 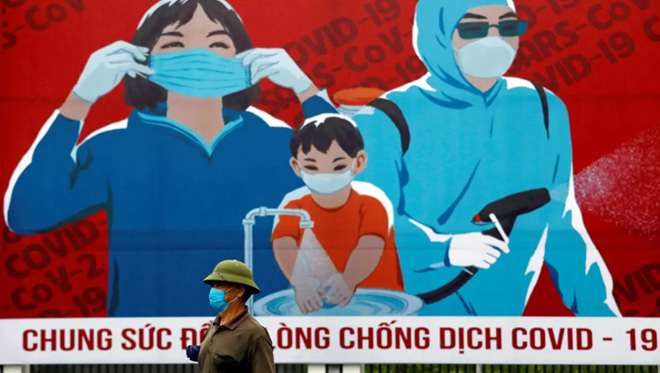 In a report, the government acknowledged that the COVID-19 vaccine scheme remains burdensome, with the proportion of vaccinated people still too low. Despite the radical vaccination strategy, long-term success may only be effective when over 70 per cent of the people are vaccinated, the vast majority of experts point out.

Disease control and economic recovery are both huge challenges for the newly-consolidated government and prime minister. The policies and actions of both issued in the last 100 days, such as the disbursement of a $1.13 billion support package for businesses and workers, are not yet enough to help all businesses and people and develop the economy.

Vu Duc Giang, chairman of the Vietnam Textile and Apparel Association, last week confirmed that 97 per cent of enterprises in the southern textile and garment industry had to stop operating as they failed to meet the requirements for continuing production with their workers present on-site. If factories follow this model, they are allowed to continue production, but must follow strict rules to ensure the safety of their workers and the community.

The complicated developments of the pandemic threw many stones in way of Vietnam’s supply chains, especially when exporting. According to Giang, global partners of domestic enterprises are concerned that their goods may not be delivered on time if Vietnamese manufacturers cannot manage to return to normal production levels. Some of these partners are now diverting to countries with better disease control, indicating an even more difficult situation for Vietnam.

Assoc. Prof. Dr. Bui Quang Tuan, director of the Vietnam Institute of Economics, urged the government to take more drastic and decisive actions based on the learnings from some localities that are currently involved in fighting the pandemic.

“The government should soon find solutions to quickly deal with the hot issues of the economy, while continuing to perfect the economic institutions in the direction of creating an investment and business environment with favourable conditions for medium- and long-term development,” Tuan said.

He believed that special regulations could solve problems related to registration procedures for research and production of vaccines, as well as the disbursement of public investment.

From now until the year’s end, Vietnam’s economy could continue to suffer from the impacts of the pandemic. According to Tuan, the government needs to establish strong policies to protect businesses and economic hubs of the country, while continuing to pursue the dual goal of pandemic curb and economic development. “The endurance of enterprises has almost reached its limit after almost 1.5 years of the pandemic,” he said.

According to the General Statistics Office, in the first seven months of this year, about 79,700 enterprises suspended their operations and are now waiting for the completion of their dissolution. Most of the surviving businesses are those of a certain size and with experience – if these also went bankrupt, the economy would seriously suffer.

The two economic powerhouses, Hanoi and Ho Chi Minh City, account for nearly 40 per cent of the country’s GDP, but both are now forced to implement social distancing to cope with the health crisis. It will be difficult for the economy to recover if these two metropolises continue to suffer from such a woe.

Nevertheless, Prime Minister Pham Minh Chinh – who was re-elected by the National Assembly on July 26 – could be a great advantage. Urgent issues of the economy are still waiting for strong decisions from the prime minister and other members of the government - Vietnam Investment Review..