People are still spending money on shopping, a good sign given the fears that demand would fall during the Covid-19 pandemic, the report, ‘Vietnam E-commerce Map’, by market research firm iPrice Group and traffic analysis firm SimilarWeb said.

The best performer was the groceries segment, which saw a sharp increase in online traffic in the first quarter, when Vietnam experienced its first wave of Covid-19. 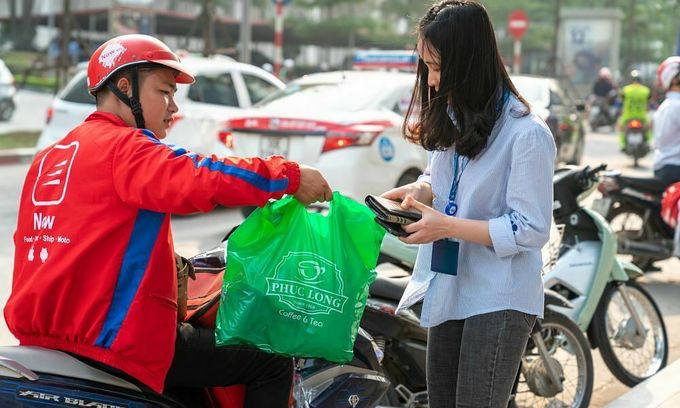 This upward trend continued well into the second quarter, when Vietnam implemented a brief period of social distancing followed by more than three months without new local infections. Overall, online traffic for groceries surged 42 percent in the first half.

In second place was the cosmetics and healthcare sector, which saw a 21 percent rise.

iPrice said demand for online groceries and healthcare products is not a temporary phenomenon. "Covid-19 provided the push to create new consumer shopping habits, which brought about long-term growth drivers for sectors not traditionally at the heart of online shopping."

In the second quarter various e-commerce platforms latched onto this trend, identifying online groceries and fresh food as a long-term competitive focus, and took concrete steps in this direction, it noted.

However, in Q2, when the pandemic had temporarily abated, online sales of fashion goods and electronic devices decreased by 29 percent and 13 percent from Q1.

iPrice said this was because people had grown conscious about saving money, which affected sales of non-essential goods.

Nevertheless, luxury goods sellers are increasingly putting their products on e-commerce platforms to take advantage of the increase in online activity. According to Lazada, in July the number of watch brands on its platform was up 40 percent year-on-year while the number of orders for them surged 90 percent.

According to another report by iPrice Group and analytics firm App Annie, overall visits to shopping apps in in Vietnam reached a record 12.7 billion in Q2, with its 43 percent growth quarter-on-quarter surpassing that of most other Southeast Asian countries.

It was 25 percent in Singapore and 34 percent in Indonesia. Vietnam ranked third in the region by number of visits, and accounted for 19.5 percent of online shopping traffic, the report said. 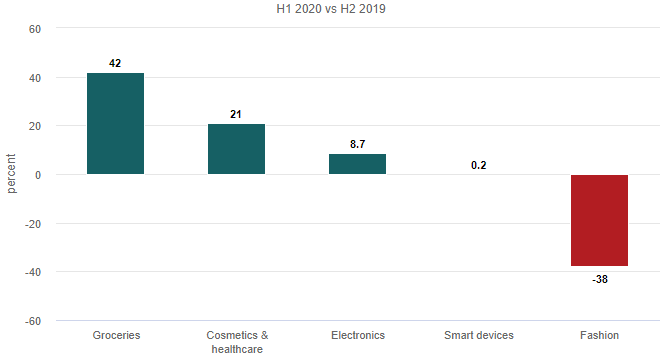 While regional online marketplaces have been cutting back on promotions and advertising since early April, at the peak of the pandemic, they were increasing livestreaming and gaming activities on mobile apps to increase consumer engagement during social distancing, which resulted in higher traffic, iPrice said.

The services, introduced by late 2019 by platforms trying to find ways to increase engagement, such as Tiki’s TikiLive, Shopee’s Shopee Feed and Sendo’s SenLive, appear to have been accelerated by the pandemic, it said.

In the first six months foreign-owned apps were the biggest gainers in Vietnam, with Mobile World, Tiki and Sendo being the only local names in the list of 10 most visited shopping apps.

With the pandemic having caused changes in consumer habits, the country’s e-commerce market is set to maintain its growth momentum this year with a 30 percent rise to $15 billion, according to the Vietnam E-commerce Association - VNExpress.