[28 June 2013] - AusAID/DANIDA/DFID and the Government, led by AusAID have undertaken an annual Expenditures Tracking Study and Fiduciary Risk Assessment of their budget support to the Rural Water Supply and Sanitation National Target Programme (RWSS – NTP) since 2007. The purpose of the exercise is to identify strengths and weaknesses associated to the financial management of the funds provided by GOV and donors. 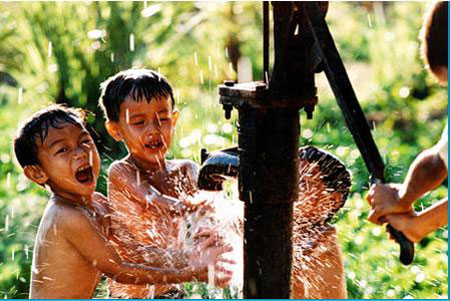 In order to ensure donors’ funds in 2012 were transferred in accord with GOV regulations and donor agreements and to ensure the recommendations in last year’s report (July 2012) have been fully implemented by pilot provinces, the three donors and the GOV decided to undertake a joint Expenditure Tracking Study for 2012.

Economica Vietnam were selected to implement the tracking study and fiduciary risk assessment. The Tracking Study in 2013 hence would cover not only normal selected provinces but also these 8 provinces to ensure funds are used for intended purpose and not being mixed with new WB’s program activities and funding.  The study covers 12 provinces, including 8 PforR provinces and 4 non-PforR provinces. Tentatively the selected non-PforR provinces are:  Son La, Hoa Binh, Quang Ngai, Hau Giang. Under the assignment, financial and fiduciary experts from Economica Vietnam are responsible to achieve the following objectives:

The study and assessment takes place from April to August 2013.