[26 Nov. 2012] - Since 2000 the Millennium Development Goals have defined a common framework for development priorities around the globe. While efforts are still made to support and accelerate the achievement of the MDGs by the target date, the discussion on the development agenda after the MDG’s have already started. The UN Secretary General has initiated the process that will inform a new UN development agenda post-2015. The UN has a unique opportunity to position itself as an advocate for a bottom-up approach defined by national and local priorities and stakeholders. As such, the organization must at all levels expand its efforts towards a more open and inclusive dialogue, with a particular focus on including the poor and vulnerable, to ensure global ownership of a beyond 2015 development framework. 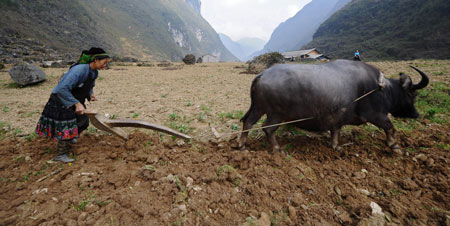 The national consultations will have a specific focus on civil society – in addition to academia and government – and representatives of groups whose voices are often not heard. While overall guidance has been provided by the UNDG, countries will formulate their own, context-appropriate, consultation processes.

Viet Nam has been selected as one of the 50 countries. The country is considered one of the most successful in achieving the MDGs globally. Viet Nam has localized the goals in the VDGs (Viet Nam Development Goals) and uses the Goals to monitor progress at the national and local levels.  The post-2015 consultations provide an important opportunity for Viet Nam to reflect on its experience with the MDG framework, have a say in the new global development goals and ensure the goals are relevant to Viet Nam as a new Middle Income Country.

Economica Vietnam expert was contracted by UNDP to join an international consultant to develop a discussion paper, provide conceptual guidance, and support to the UN Task Force in planning, implementing national post-2015 consultations, and consolidating the results of the consultations. The exercise is planned to be completed in early 2013.