[20 November 2017] -  Ministries have approved the restructuring plans of additional state-owned enterprises (SOEs), with the latest including the Vietnam Mobile Telecom Services One Member Limited Liability Company (Mobifone) and the Vietnam Post Corporation (VNPost), in line with the Government’s SOE restructuring action plan. The Ministry of Information and Communications (MIC) concluded that Mobifone would be fully equitised in 2018, while VNPost would not be listed in the foreseeable future. Other SOEs including the Việt Nam Posts and Telecommunications Group (VNPT) and the Việt Nam Multimedia Corporation (VTC) are in line to complete equitisation by 2019.

For the first 10 months of 2017, the Prime Minister had approved the restructuring plans of the Việt Nam Electricity Group and a number of enterprises under the Việt Nam Oil and Gas Group in need of restructuring, equitising and liquidating for the period from 2017 to 2020. The Ministry of Transport also announced their approval of the plan to restructure for the Southern Vietnam Maritime Safety Corporation and the Northern Maritime Safety Assurance Corporation before 2020. 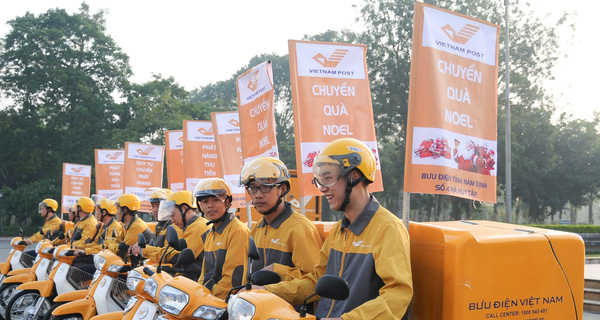 According to the Ministry of Finance (MoF), SOEs are actively promoting their equitization process, as they have received reports of four units approved by the competent authorities for equitisation in October 2017 alone.

By 2020, SOEs’ restructuring and renewal will be completed on the basis of Decision No 58/2016/QĐ-TTg signed by the Prime Minister, indicating 137 SOEs to be equitised, along with the decided amount of State capital withdrawal from these enterprises.

The State still holds 81 per cent of total shares across all SOEs, leaving the level of private investors’ involvement at only 9.5 per cent, as compared to the desired 16.7 per cent, with strategic investors’ participation at an even lower level of 7.3 per cent, not even half the designated level of 15.8 per cent, according to reports from the State Securities Commission.

The Government’s action plan for further restructuring, renovation and enhancement of SOEs effectiveness sets out to improve SOEs performance on the basis of modern technology, innovative capacity, governance in accordance with international standards, and to mobilize, allocate and effectively use social resources, preserve and develop State capital so that SOEs can maintain their key positions as an important driving force of the economy, contributing to the development of Việt Nam’s socio-economic progress.

Reports from the Central Institute for Economic Management (CIEM) shows that the burden of national debts, accumulated through State firms’ outstanding loans, would continue to slow growth, necessitating the urgent restructuring of SOEs.

The MoF has also asked the Government and responsible departments and localities to consider disciplinary action against the leadership of companies that are dragging their feet on completing listing procedures, under Circular 36/2017/TT-BTC.

The disciplinary actions would range from demotions, transfers, salary cuts to more serious criminal charges. The threat of severe action has prompted several companies to hasten their listing procedures. Officials expect a spate of companies being listed in the second half of the year. — VNS