[16 March. 2014] – Despite significant progress in the recent years, the socio-economic development in Northern Upland is lagging far behind other regions of the country. According to a household living standards survey by the General Statistics Office in 2012 , while the overall poverty rate in Vietnam is 11.1 %, the figure in the Northern Upland was as high as 24.2 %. The average per capita income in this area is also significantly lower than in many other areas. Therefore , creating a favorable business environment, attracting investment and promote the development of enterprises play an extremely important role in promoting the socio- economic localities in this region.

With support by the Friedrich Naumann Foundation (Friedrich-Naumann-Stiftung für die Freiheit - FNF), the Vietnam Chamber of Commerce and Industry (VCCI) - in collaboration with experts from Economica Vietnam - conducted research on the business environment and investment climate in the Northern Upland. 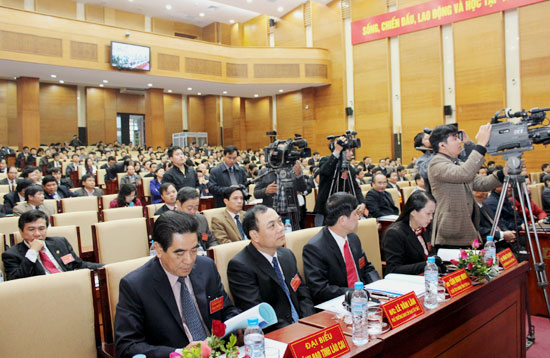 It also attempts to enhancing the role of business associations in the public-private dialogue for the economic development in the Northern Upland.

Under the project, Economica Vietnam carry out an in-depth analysis on the PCI in all Northern Mountainous Region. The firm also carried out field trips to Thai Nguyen, Cao Bang, Tuyen Quang and reviewed good practices on PCI and economic governance improvement in other provinces across the countries. Economica Vietnam also supported in the communication work in order to support the spread of the lessons learnt, good practices. It also contributed to the  Conference on Investment and ODA Promotion in the Northern Upland which was held in Phu Tho under the chairmanship of the Deputy Prime Minister Nguyen Xuan Phuc.