[8 July 2022] — Many manufacturers in the global supply chain of major firms are gradually focusing on Vietnam. In particular, Apple has moved 11 factories of Taiwanese enterprises in its supply chain to Vietnam. Many other firms such as Foxconn, Luxshare, Pegatron, and Wistron are also expanding their production facilities in Vietnam.

This information was shared at a conference on the situation and proposed tasks and solutions to remove difficulties and support production and business in the last six months of this year, organised by the Ministry of Planning and Investment. 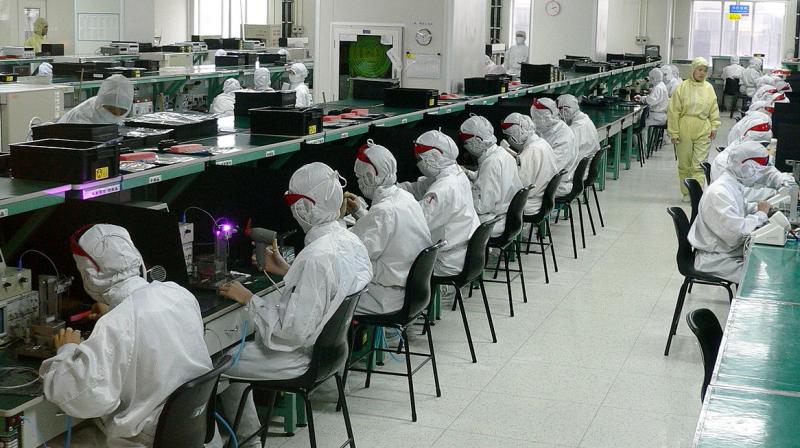 Samsung built its largest research and development centre in Southeast Asia worth US$220 million in Ha Noi and is also planning to continue to expand factories in the northern provinces of Bac Ninh and Thai Nguyen.

To seize the opportunity, Do Thi Thuy Huong, Vice President of the Vietnam Association of Supporting Industries (VASI), proposed the Government have large-scale selective policies to attract big foreign groups to Vietnam.

However, these policies must be accompanied by "clean" production conditions, environmental protection and no discharge into the environment, she noted.

Previously, Huong said that the root cause of the shifting trends of supply chains to Vietnam largely came from China's relatively developed electronics and information technology industry.

She explained that they had grown to more than just assembling in the global supply chain.

Vietnam was a country quite similar to China in electronic manufacturing activities, both in terms of labour and geographical location, infrastructure, and logistics and would be very suitable to receive capital flows, which was also a technological shift.

The VASI Vice President said that, regarding the attraction of large foreign companies, in the early stages, when domestic enterprises were still weak, FDI should be allowed in but must be regulated.

It was necessary to have the hand of the State not only to support foreign businesses but also to have an incubator to support Vietnamese businesses so that they were capable of receiving technology and gradually mastering the technology to have the ability to compete and keep in domestic market, she added.

If enterprises were not strong enough, they could not protect their "soft resources," which was their market, said Huong – The Vietnam News.